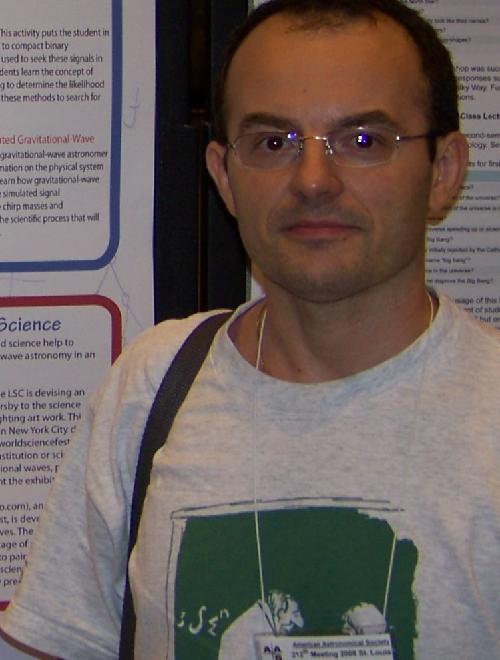 ADJUNCT PROFESSOR IN PHYSICS AND ASTRONOMY

Marco Cavaglia is Professor of Physics and Astronomy. Dr. Cavaglia received his Ph.D. from the International School of Advanced Studies of Trieste in 1996. Following his graduation, Dr. Cavaglia held the positions of Research Associate at Tufts University in 1997, Marie Curie Fellow at the Albert Einstein Institute (Germany) in 1998-1999, Postdoctoral Researcher at the University of Beira Interior (Portugal) in 2000, Bruno Rossi Fellow at the Massachusetts Institute of Technology in 2001-2002, and Lecturer at the Institute of Cosmology and Gravitation at the University of Portsmouth (UK). In January 2004 he joined the Department of Physics and Astronomy at the University of Mississippi, where he teaches graduate and undergraduate courses in physics. Dr. Cavaglia has published over 100 papers on theoretical and experimental physics to date. He is member of the Laser Interferometer Gravitational-wave Observatory (LIGO) Scientific Collaboration (LSC) and has received funding from the National Science Foundation (over $2.2M in grants), the US Department of Energy, the National Science Foundation, the British Council, the Della Riccia Foundation and the Italian National Institute for Nuclear Physics. In 2002 he won the third Prize in the Gravity Research Foundation competition. As Assistant Spokesperson of the LSC, chair of the LSC Diversity Committee, and former chair of the LSC Education and Public Outreach group, Dr. Cavaglia is also active in outreach.