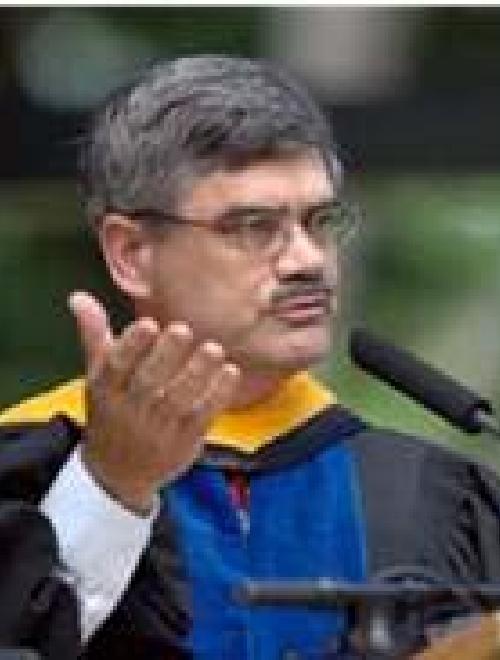 Maurice Eftink became Associate Provost and Dean of UM’s Graduate School in 1998. Previously, Eftink was a Professor of Chemistry and Biochemistry at UM, having joined this Department in 1978 after obtaining his PhD from the University of Missouri in 1976 doing a post-doc at the University of Virginia. During his faculty career he published over 100 research articles and book chapters, received over $2 million in federal research funding, and received the Faculty Achievement Award, one of the highest recognitions given by the University. Since becoming Graduate Dean, Eftink has obtained over $8.5 million in external funding to support graduate education initiatives. One of these projects is the National Science Foundation funded Alliance for Graduate Education in Mississippi (AGEM), which is a state-wide consortium of universities for the purpose of enhancing the success of minority students in obtaining doctoral degrees in science, mathematics, and engineering. In December 2003, Eftink and the Graduate Student Council were awarded the Council of Graduate School’s/Petersons Award for Excellence in Promoting Inclusiveness in Graduate Education. The Graduate School has also won state- wide recognition in 2006 for its innovative use of technology in processing graduate applications. Eftink’s other duties include being the SACS liaison, being in charge of preparing the institution’s reaccreditation report, and working with our Information Technology office to implement a number of academic related projects. He also is co-PI on a Hearin Foundation grant to establish a Center for Mathematics and Science Education.