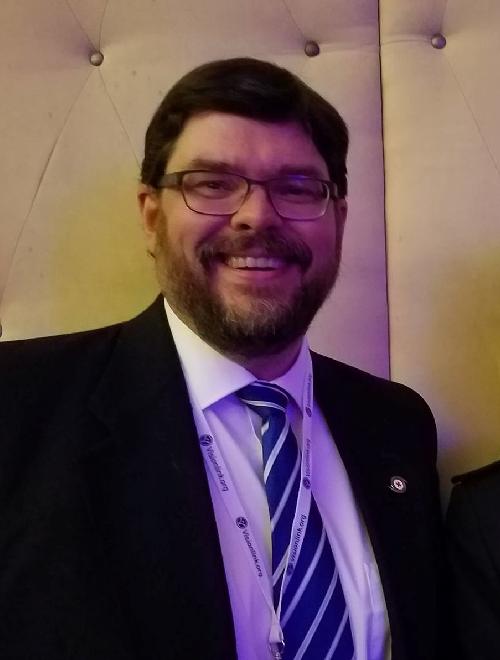 Mike Corey has worked in the public safety and emergency management professions since 2001. He has served as a law enforcement communications officer, emergency management police officer, and non-profit emergency preparedness manager. Currently he serves as chairman of National VOAD Volunteer Management Committee, Connecticut state delegate to National VOAD, chairman of the Connecticut VOAD Emotional & Spiritual Care Committee, and as an Adjunct Professor in Legal Studies at the University of Mississippi. Mr. Corey has been a licensed Amateur Radio operator since 1988 and currently holds Amateur Extra Class license KI1U. He has been involved with the Amateur Radio Emergency Service since 1991 and served as Emergency Coordinator for Lafayette County, Mississippi from 2007-2010. He has also been involved with the National Weather Service SKYWARN� program for over 20 years and served as a local SKYWARN� coordinator in northern Mississippi. Mr. Corey, along with Victor Morris, authored the book "Storm Spotting and Amateur Radio" published by the ARRL. He also served as co-managing editor of the ARRL Public Service Communications Handbook and is a regular contributor to QST. Mr. Corey is also a Postulant for Holy Orders in the Episcopal Church. In addition to ministry activities, he also serves as Episcopal Relief & Development Diocesan Disaster Coordinator for the Diocese of Connecticut. He is certified as a disaster chaplain and has worked with homeless and addicted populations in the Hartford area. Mr. Corey holds a Bachelors degree from Indiana University with a concentration in Political Science and a Masters in Criminal Justice from the University of Mississippi. He is currently pursuing a Masters Degree in Transformational Leadership and Spirituality at Hartford Seminary.