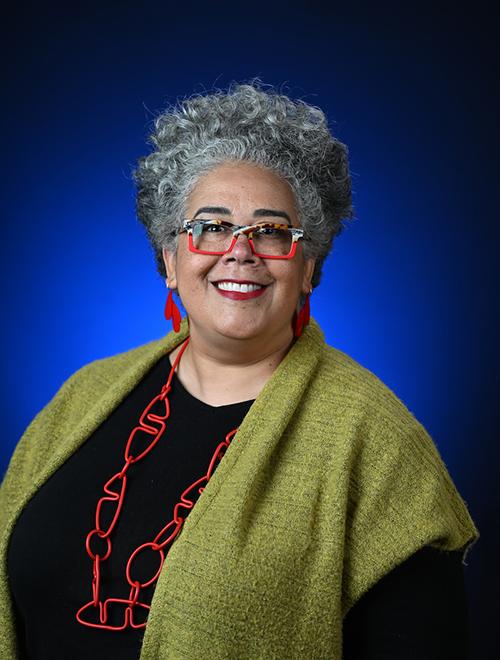 Alysia Burton Steele is a multimedia journalist and author of the book "Delta Jewels: In Search of My Grandmother's Wisdom." In 2016, the Mississippi Humanities Council named her the "Preserver of Mississippi Culture Award." Her book has been featured in The New York Times, NBC.com, USA Today, Chicago Sun-Times, National Public Radio, Atlanta Journal-Constitution, Essence, theroot.com (owned by The Washington Post), Free Lance-Star, The Clarion- Ledger and Southern Living. NYT bestselling author Bishop T.D. Jake's featured her story in his Docu- Series "Destiny Visions." She received her bachelor of arts degree in journalism from Indiana University of Pennsylvania and her master's degree in photography from Ohio University's School of Visual Communication. Steele has worked as a staff photographer/multimedia producer at The Columbus Dispatch, a picture editor at The Dallas Morning News and deputy director of photography/picture editor at The Atlanta-Journal Constitution. Steele spent five weeks documenting life in South Africa, Uganda and the Ivory Coast, where her images were featured in Habitat for Humanity's 25th anniversary coffee table book. While working as a photographer at The Columbus Dispatch, she won the 2004 James Gordon Understanding Award for photographic excellence for her month-long assignment inside the Kakuma Refugee Camp in Kenya. In 2006, she was part of the photo team that won the Pulitzer Prize in Breaking News for their Hurricane Katrina coverage where she served as a picture editor. For three consecutive years, she did the picture editing and layout/design for the Arnold Schwarzenegger Sports Classic coffee table book. She also did picture editing for the National Urban League and designed their 100th commemorative poem booklet written by Maya Angelou. She's won numerous awards for her photography and picture editing. She is currently working on her second book about cotton oral histories in Mississippi.