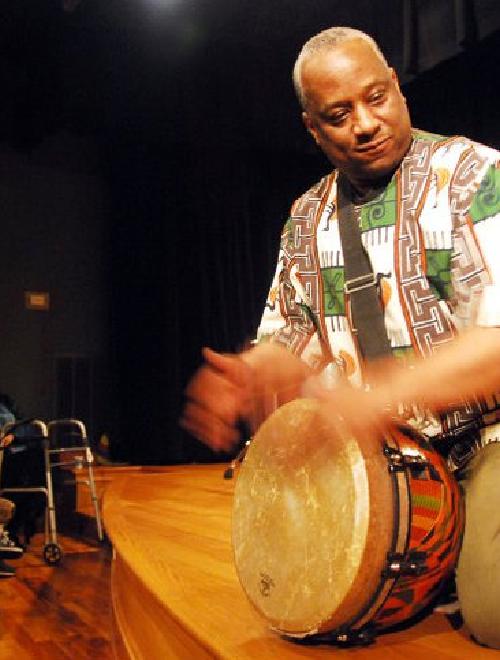 Ricky Burkhead is the director of percussion studies at the University of Mississippi. His teaching responsibilities include applied percussion, percussion ensemble, and steel drum/salsa band. He has performed with the Memphis, Tupelo, Corinth and Delta Symphonies and is active as a performer, clinician, and adjudicator in the southeastern United States. He is past president of the Mississippi chapter of the Percussive Arts Society, a member of Phi Mu Alpha, Pi Kappa Lambda and a roster artist for the Mississippi Arts Commission. He composes and has conducted clinics in Mississippi, Tennessee, Arkansas, Georgia, Florida, North Carolina, Missouri, Illinois, Argentina, Uruguay, Jamaica and is a former instructor at the US Percussion Camp. He has been a clinician for the Mississippi and Florida Music Educators Conferences, Missouri Percussive Arts Society, and Mississippi Bandmasters Conference. His compositions can be found on the JW Pepper and Devmusic websites. Burkhead formed the UM Steel Drum Band in 1995. He formed his first band at Mississippi Valley State University in 1986. Both groups were among the first in the Mid-South region. The UM steel band was the first world music ensemble organized at Ole Miss and has performed concerts in Mississippi, Alabama, Florida, Missouri and Tennessee.