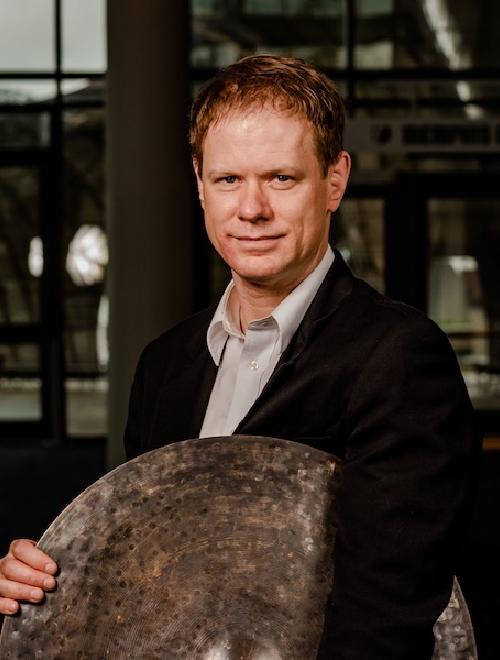 David Carlisle is the Principal Percussionist of the Memphis Symphony Orchestra, a position he has held since 2011. In addition to their own concert series, the MSO collaborates annually with Opera Memphis, Ballet Memphis, New Ballet Ensemble, Rhodes MasterSingers Chorale, and the Orpheum Theatre in Memphis. David also performs regularly with IRIS Orchestra. As a multi-percussionist in contemporary chamber music settings, he has performed with composer Steve Reich, NEXUS, Percussion Group Cincinnati, San Francisco Contemporary Chamber Players, Berkeley Contemporary Chamber Music Players, PRIZM Ensemble, Luna Nova, Earplay, Empyrean Ensemble, Kokoro Dance, Joe Ink Dance, and Queen of Puddings. As a multi-percussionist and drumset player in Broadway productions, he has performed numerous shows at the Orpheum Theater in Memphis and in Toronto. At the 2009 Percussive Arts Society International Convention, he performed his own composition entitled Mad Cow, which was chosen for its unique fusion of international drumming styles. David has also performed in PAS "Day of Percussion" recitals and masterclasses in Mississippi and Tennessee. David has been an artist for multiple residencies at the Banff Centre for the Arts, where he co-founded SqueezPlay - a piano, percussion, and accordion trio - who recorded original compositions for a CD entitled rubber horn. They performed their compositions at the Winnipeg New Music Festival, a program that was broadcast nationally on CBC Radio in Canada. He uses his experience at Banff of breaking down the barrier between the performers and audience to model his teaching style at the University of Mississippi, where he has been on faculty since 2001. He teaches Introduction to Music in many formats--small and large in-class sections, hybrid, remote, and web-based--and is currently part of a task force to reimagine its content and delivery. The Center for Excellence in Teaching and Learning recognized the quality of his hybrid version and invited him to present his approach to other campus faculty. He has also taught Introduction to World Music Cultures and Introduction to Music Technology, and he collaborates regularly with the Olemiss African Drum and Dance Ensemble, the UM Salsa Project, Percussion Ensemble, and Mississippians Jazz Ensemble. At the University of California at Berkeley and Davis, he was on faculty as instructor of percussion. David studied percussion with John Beck at the Eastman School of Music, where he earned a Bachelor of Music and Performer's Certificate. He studied percussion with the original members of NEXUS at the University of Toronto, where he holds a Master of Music. In July of 2020, he will complete a Doctor of Musical Arts at the CollegeConservatory of Music in Cincinnati, where he studied percussion with the members of Percussion Group Cincinnati and drumset with Stan Kenton's drummer John Von Ohlen.