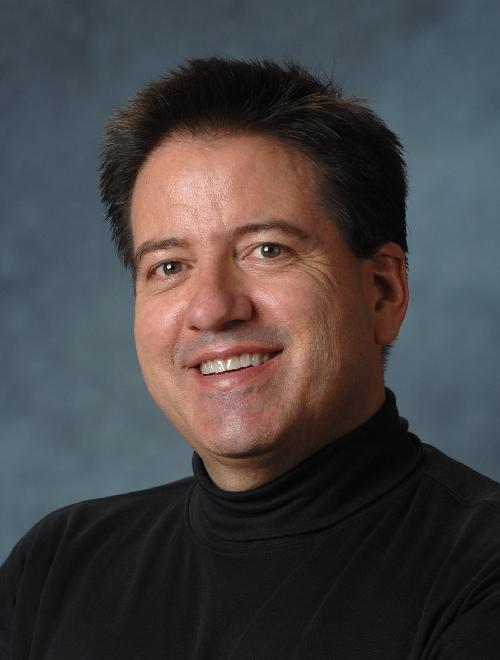 Dr. Bradley Robinson, baritone and professor of music, serves as Vocal Area Head, and teaches studio voice and graduate and undergraduate-level courses in vocal pedagogy. He received his bachelor of music education degree from Fort Hays State University, his master of music from The Florida State University, and his doctor of musical arts from The University of Illinois. Robinson has performed opera, oratorio, and musical theater throughout the United States with companies including the Atlanta Civic Opera, Opera Memphis, Charlotte Opera, St. Petersburg Opera, Palm Beach Opera, and the Chautauqua Opera. His many opera credits include Escamillo (Carmen), Silvio (I Pagliacci), Guglielmo (Cosi Fan Tutte), Michele (Il Tabarro), and the title roles in Don Giovanni and Dido and ?neas. Lighter fare includes the Pirate King (The Pirates of Penzance), Pish-Tush (The Mikado), Sky Masterson (Guys and Dolls) and Billy Bigelow (Carousel). Robinson performed two years as artist in residence with North Carolina Opera and Opera Carolina in roles including Papageno (The Magic Flute), Dandini (La Cenerentola), and the Father in Hansel and Gretel. He sang the role of Captain Amadas in the world premiere of Ian Hamilton's opera Raleigh's Dream for the British-American Festival, and later went on to tour the opera in the title role. Robinson sang the role of Creon with Sinfonia da Camera in the North American premiere of Georges Enesco's opera Oedipe (aired on Romanian National Television), and later appeared with them as Don Bartolo in Le Nozze di Figaro and as Herr von Faninal in Der Rosenkavalier. Engagements with Opera Memphis have included the role of Melchior in their production of Amahl and the Night Visitors with Kallen Esperian, Alfio in Cavalleria Rusticana, and Zuniga in Carmen. He later appeared with the Como Opera in the title role of their production of Gianni Schicchi, and as Tonio in Pagliacci. An accomplished oratorio soloist, he has appeared with numerous symphony orchestras, including the Mississippi Symphony, and those of Tallahassee, Memphis, Hilton Head, Germantown, Jacksonville, Little Rock, and Corinth. His many credits include Handel's Messiah, Orff's Carmina Burana, the Requiems of Brahms, Faur?, and Mozart, Mendelssohn's Elijah, Vaughn Williams Hodie, Haydn's Creation, and Bach's Magnificat, St. John Passion, B Minor Mass, Wachet auf, ruft uns die Stimme and solo cantata Ich habe genug. Robinson's latest performances include a great variety. He appeared in Jackson, MS with members of the Mississippi Symphony as the soloist in Ralph Vaughan Williams' Christmas oratorio, Hodie, followed by appearances with the Germantown Symphony Orchestra, the L-O-U Orchestra, a production of Messiah with members of the Mississippi Symphony, and with Ohio University as guest artist in Carmina Burana. Among his reviews, The New York Times states, "Bradley Robinson made a malevolent Amadas...masterful" (World premiere of Raleigh's Dream). The Charlotte Observer remarks, "One thing can be said of his voice. It is truly beautiful" (Pagilacci), and The Tallahassee Democrat described his voice as "powerful and agile, and always expressive" (Messiah). An active recitalist, Robinson has performed his lecture recital Charles Ives: A Portrait in Song at the Hawaii International Conference on Arts and Humanities, the Los Angeles Chapter of the National Association of Teachers of Singing (NATS), and for regional conferences of the Great Lakes, Southern, and Rocky Mountain chapters of the College Music Society(CMS). Robinson appeared in recital at the 50th Anniversary National Conference of CMS, held in Salt Lake City, and for the National Opera Association's National Conferences in Washington, D.C, Atlanta, and San Antonio. He also appeared in recital with acclaimed soprano Kallen Esperian, and presented a performance of Leonard Bernstein's Arias and Barcarolles for a joint conference National Opera Association and NATS. The spring of 2015 found him singing the lead baritone role of Claudius, King of Denmark in the world premiere of Nancy Van de Vate's opera Hamlet, Prince of Denmark, based on the play by Shakespeare. This performance, which took place in April, was followed in May by the European premier of the work presented in Prague, Czech Republic. Between these two productions, Robinson sang the title role in Mendlessohn's Elijah in two collaborative performances with the Germantown Symphony and the Oxford Civic Chorus. Professor Robinson's students have enjoyed busy professional careers in a variety of styles, including opera, musical theater, symphonic soloist appearances, gospel, and touring ensembles. They have also held positions at major young artist programs in North America and abroad, including Florida Grand Opera, Glimmerglass Festival, Opera Theater of St. Louis, Central City Opera, Opera Colorado, and Musiktheater Bavaria. Robinson served four years as Mississippi State President of NATS, for whom he regularly adjudicates competitions and has appeared nationally and regionally as guest recitalist. His article "The Songs of Charles Ives: A Closer Look at Undiscovered Pedagogic Treasures for the Collegiate Voice" was recently featured in the NATS Journal of Singing. He may be heard on Albany Records on CDs that include the recording of Georg Enescu's opera Oedipe, his performance of Bernstein's Arias and Barcarolles, and his most recent personal release, Charles Ives: A Portrait in Song, a unique collection of many of Ives's autobiographically-based songs.